Partially reconstructed castle ruin, first mentioned in 1242. In the 16th century it was under Ottoman rule. In 1682 the castle burned down. Its ruins have been preserved since 1972. An exhibition on the history of the castle and the town has been set up in the Bebek Bastion. 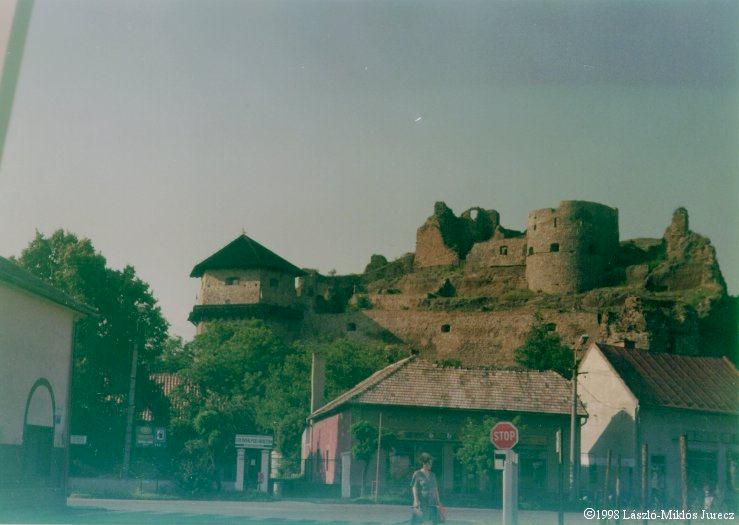 In 12-th century there was already the castle with square tower, palace and palisade on the volcanic top of a basalt rock 65m high. In 1551 it was enlarged and stronged. The middle and lower castle was built, with two pentagonal bastions, walls, entrance corridor and cannon positions. In the same time the town as well got the wall with the gates and bastions. The origin of the castle is connected with the tale about shepherd Filek, and his dog Fules, as they found treasure, from whith a castle was built. The old records says, that robber knight Fulko was the owner of the castle as long as the king Belo IV confiscated it in 1246. Then the Matus Csák (1311-1321), qeen Elizabeth (1438) and Francis Bebek were the owners of the castle. The castle was a component of the defence line against the Turkish expansion in the 16-th century. In 1554 the Turks captured the castle and had been governing in and around Filakovo for 39 years. Counts Nicholas Pállfy and Christooph Tiefenbach liberated the castle and surroundings in 1593. Thre was a fire, which ruined a part oft the castle and town in 1615. Stephanus Koháry I got the castle from the emperor in 1657. His son, Stephanus Koháry II ordered to rebuild the ruined parts in 1667. Emerich Thököly, the reigning prince of Transsylvania with help of big Turkish army captured the castle in 1682. The castle was destroyed and since this year remained in ruins. Thököly was proclaimed the hungarian king here. Stephanus Koháry II after his liberation from Thököly's confinement ordered to build the new church and monastery in 1725. The last owners of the castle were Coburgs.

On a top of a basalt rock almost in the center of Filakovo.